Tportal.hr came to visit and did a major story about our company 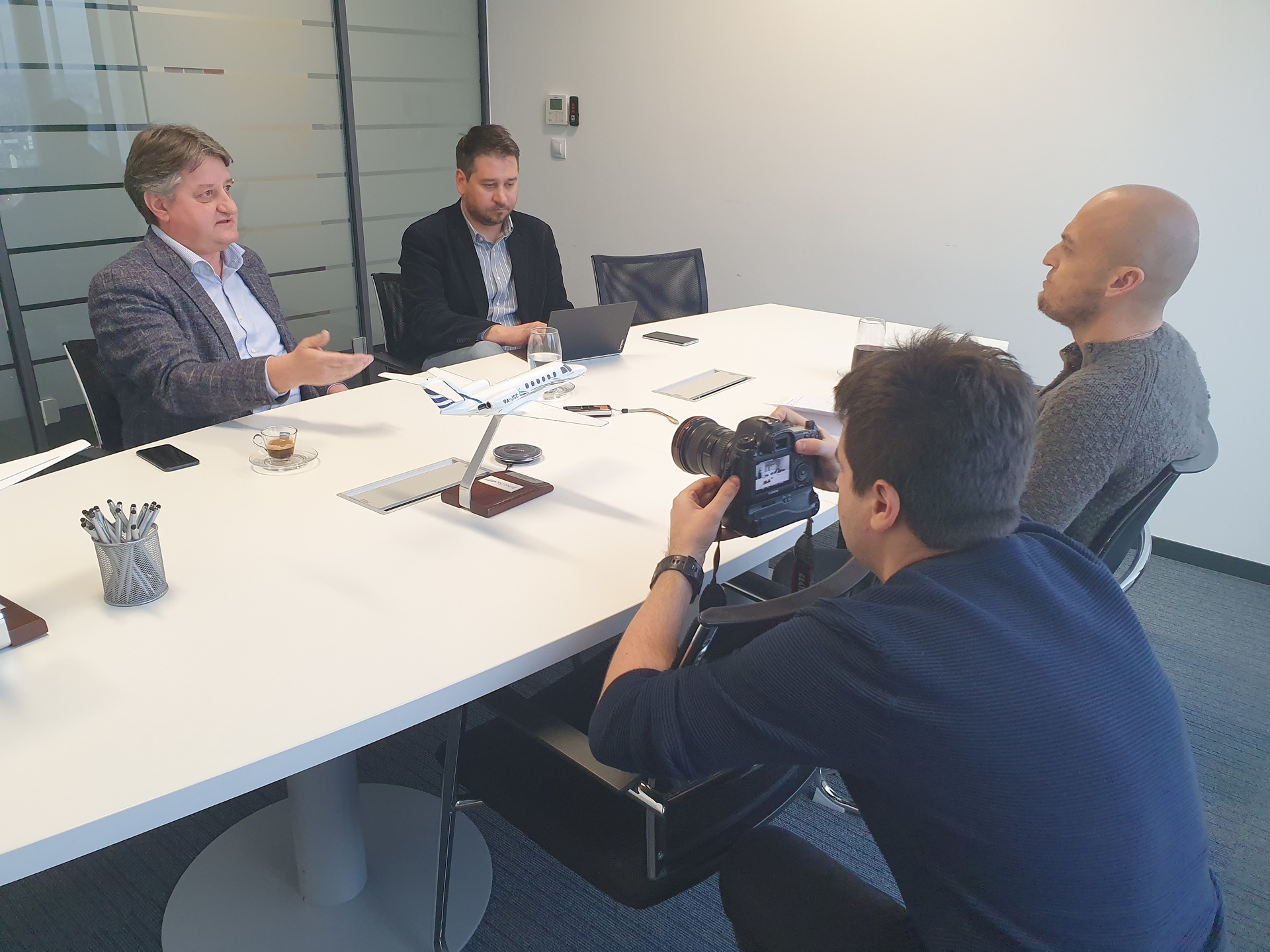 At the end of January 2020, we greeted representatives from Tportal.hr in our offices which resulted in one of the biggest features about our company in our ten years of business.

You can read the article in full down below while the original post which was published February 2, 2020 can be found here, though in Croatian language.

Kresimir and Vedran Jung recently celebrated the 10th anniversary of their airline, Jung Sky. They started with a small propeller plane offering panoramic flights for tourists while today their company owns two Cessna 525A CJ2 jets, transporting mostly deep-pocketed clients – domestic and foreign business people, athletes, actors, musicians etc. They're doing so well they started to plan the purchase of another jet worth 5-6 million EUR. For Tportal.hr, they talked about the secrets of their success.

We wanted to have this conversation in one of their jets, but business is going great so it is almost is impossible to 'catch' either of planes on the ground. On a yearly basis, the jets are averaging more than two flights a day.

“They're not all passenger-flights, some of them are positioning flights. For example, you go from Zagreb to Paris with a passenger and then your crew flies over to Berlin where there's another client waiting”, explains Kresimir Jung.

We're sitting on the 18th floor of the VMD skyscraper in Zagreb. Instead of real jets, we have to settle for their table models. Kresimir often picks them up to explain some technical details to us. In addition of being the CEO of the company, he is also one of the pilots and an aircraft captain with over 25 years of flying experience.

His brother Vedran majored in Informatics. He runs the company with Kresimir and is in charge of IT.

Last year, Jung Sky achieved about 33-34 million HRK (approx. 4.5 million EUR) in revenue. The balance sheet is still being finalized so they're not able to provide more accurate numbers.

“The company incomes have not increased in comparison to 2018 because last year we had major regular maintenance scheduled for both our jets. In addition, we did a comprehensive cockpit upgrade on one of them. Because it’s important you keep track with technology developments. For example, you can see globally how everything is shifting from radar systems to satellites and these are expensive modifications to the entire aircraft system. All of this resulted in us flying with practically one aircraft for 8 out 12 months. Nevertheless, last year we did manage to achieve some revenue”, says Kresimir.

The revenue would have been bigger, Vedran continues, but the company had also been preparing for the arrival of a new aircraft. This compelled the management to lay the ground on introducing new company divisions and adding on employees.

They decided to look for the Embraer Legacy 600 because they receive so much inquiries, the two Cessna aircrafts are just not enough anymore. The plan is to add the new jet to Jung Sky’s operations sometime by the end of summer, although they will not be displeased if it happens by the end of 2020.

“We will take our time because we’re looking for an impeccable plane. It will be 12-13 years old because used aircrafts are often so much better than the new ones. A well maintained plane which is 10 to 15 years old has no secrets whatsoever. You know everything there is to know about it because for each aircraft, there must be a detailed documentation from its first flight to the present moment. If there is no such documentation, you get away from that plane as fast as possible. You see, the concepts of maintenance and how old a certain plane is mustn’t be compared to the same phrases in the automobile industry. A plane can be excellent even after 35 years with a condition it has been maintained properly”, Kresimir explains. 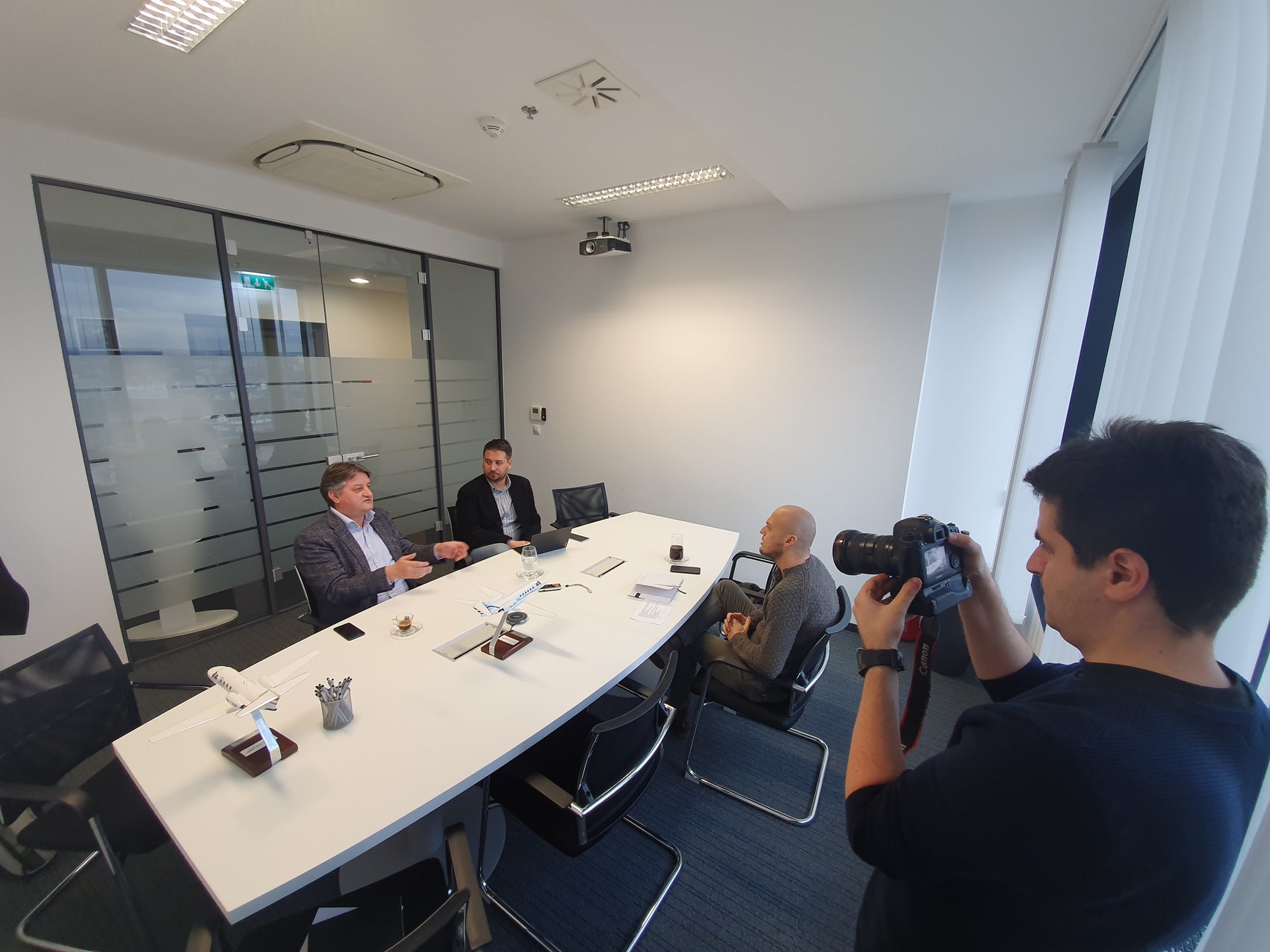 They chose to opt for the Embraer Legacy 600 because they see it as one having the best price/quality ratio. This model is extremely wanted on the market and the prices for used ones tend to be somewhere around 5-6 million Euros. They plan to buy it with a help of a bank loan.

“Legacy’s range is 2.5 times bigger than the ones our current fleet has. At the moment we cover areas around Europe and northern Africa, but with the new jet we will be able to fly directly from Europe to Dubai and even further to the east. For now, we are not planning flights to USA because they would be commercially unprofitable. Also, Legacy is much more comfortable. It has 13 passenger seats, while our current planes have seven (each). Up until now, we didn’t have the need for stewardesses. When we add Legacy, we will hire two or three of them”, says Kresimir.

Currently, Jung Sky employs 28 people. Nine of them are pilots. When the new plane is fully operational, Jung Sky will have approx. 40 employees out of which 12-14 will be pilots.

“If the Legacy operation turns out to be a profitable one, which we expect it will, we would then sold one of the Cessna planes and buy one more Legacy. We are in a transformation phase, but we’re doing it slowly. We are in no rush. There’s a saying in aviation - everything about and around the business itself moves at a slow pace, only the planes fly fast”, Kresimir discloses.

We ask the Jungs about their clientele. It is preconceived how flying with a business jet is something only deep-pocketed people can afford, but Vedran tells us this is not true.

“Our business is not so much about luxury. It’s about speed and practicality. As an example, let’s look at people who need to go from Zagreb to Milan on a one-day business trip which is a very common situation among our clients in Croatia. At the moment there are no direct flights from Zagreb to Milan and if you choose to go with major airlines, you will most likely lose two days and you will have the expense of paying a one-night stay at a hotel. With us, you leave in the morning and come back in the afternoon. You avoid waiting on airports, running from one terminal to another and tiring check-in process. With us, the Zagreb – Milan- Zagreb flight is around 5.000-5.000 EUR. When you divide this with 6 pax, that’s less than 1.000 EUR per person”, Vedran explains.

Kresimir follows up by saying how, in their Cessnas, there is no room for any kinds of extravagant requests, e.g. an 3-metre ice sculpture of a swan or a champaigne-glass pyramid. Their offer standardly consists of drinks and snacks.

He smiles and states: “Our passengers can be a bit distinctive, but there are no bizarre requests. You can’t expect miracles from business aviation. We did have cases in which a boyfriend bought a flight and took its girlfriend on a romantic trip. When this happens, we usually get asked not to disclose anything to the girl during the flight. Also, the clients sometimes request for a specific catering, but all in all - that’s it”.

A lot of celebrities have enjoyed Jung Sky services in the past. Sting, Ben Stiller, Keanu Reeves, Jamie Foxx, Andrea Bocelli, Kit Harrington… Famous athletes are also not a rare sight in their planes. There is a story from couple of months ago when the crew greeted Luka Modric. The media reported about really bad weather during landing and it’s something the Jungs think is driving prejudice about ‘smaller’ jets.

“We flew Modric from Nice to Rijeka. It was terrible weather that day in Croatia, but the worst had passed just before our plane started to prepare for a night landing on Krk airport. That particular aerodrome has a special procedure for positioning and while our pilot was applying the approach procedure, the plane went through a cloud causing minor turbulences. But nothing severe though. However, the passengers could see bolts of lightning in the distance and it all just scared them a bit. The wind speed was 10 knots. Our Cessna can easily land under a 50-knot wind if it is a head wind. But the media wrote about a plane being too small and stated that Luka went through a nightmare during landing. That’s a prejudice, right there. The same level of turbulence, maybe even a stronger one, would be felt in a much bigger plane”, explains Kresimir passionately.

The management is especially proud of the fact that in their 10-year history, the company had zero incidents. Passenger safety and impeccable aircraft maintenance is of utmost importance and the very top of the priorities list.

Kresimir continues: “You want to know why we succeeded? Because money wasn’t the reason this company was founded. We started this business by following our hearts and we really like what we do. That’s the only way to achieve success. There’s no way around it.” 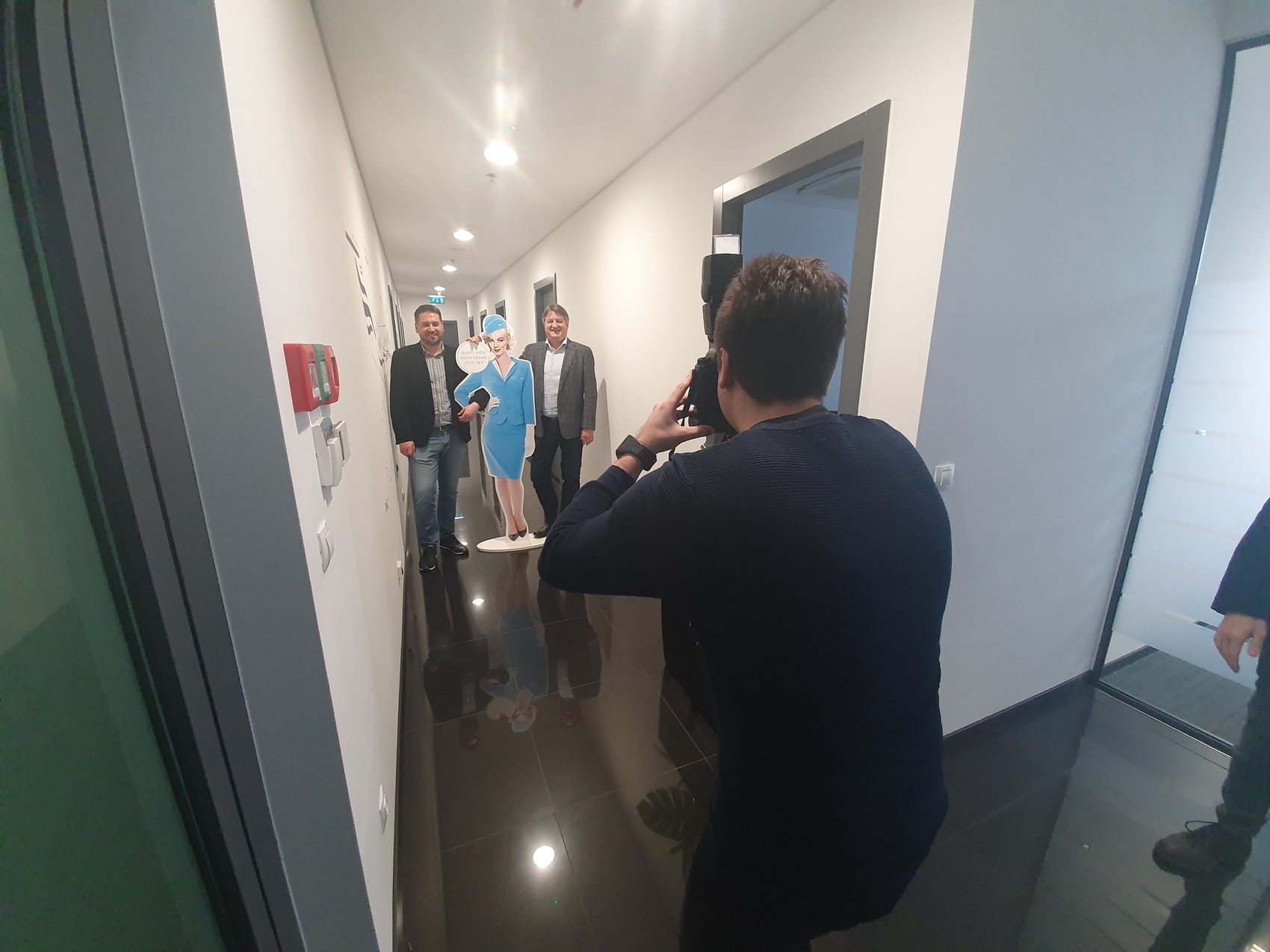 While looking back to their beginnings, a smile appears on Kresimir’s and Vedran’s face. Their first Cessna 172, a ‘propeller’ with one pilot and for 3 passengers, came ‘packed’ in a container, with its wings disassembled. It cost around 50.000 EUR.

Kresimir remembers: “I came to the idea to found a company. I already had a lot of experience as a pilot and a manager, having worked in Trade Air. Vedran immediately agreed and joined. First we started with panoramic flights on the island of Brač, following with Zagreb afterwards. Since we were doing great, we realized we were ready for a much bigger step.”

In the year they decided to purchase their first business Cessna, the world was dealing with a global economic crisis. It took them 9 months to convince the bankers that they are not some crazy adventurers. They were stubborn and patient in proving they have a serious business plan and they eventually succeeded in getting a loan just above one million Euros.

“The first 2-3 years were the hardest”, Vedran remembers. “It’s hard working with just one aircraft. Nobody knows about you so the clients are obviously a little cautious. If your need to take your one and only plane out of flight operations for a bit, it’s panic time. The banks are pressing, the bills just keep coming and you suddenly have no traffic whatsoever. After a while it started to get easier because the market recognized the way we do business and the quality of service we provide.

Five years from now and if the current growth rate continues, Jung Sky management plans to have 4-5 aircrafts in its fleet. They don’t want to go beyond that because they want to maintain the image of a boutique company.

“It sounds poetic, but we don’t want to lose our soul. When you have more than 4 or 5 aircrafts you turn into something that is completely different from what we imagined at the beginning. We definitely plan a lot of different things, for example, creating a regional center for aircraft maintenance service. We see a significant need for this type of service in Europe. Plus, we want to keep developing our program of VIP charter flights which would connect major European cities to our seaside destinations. These are all long term plans. But, like I said before - everything about and around aviation moves at a slow pace, only the planes are fast”, Kresimir concludes. 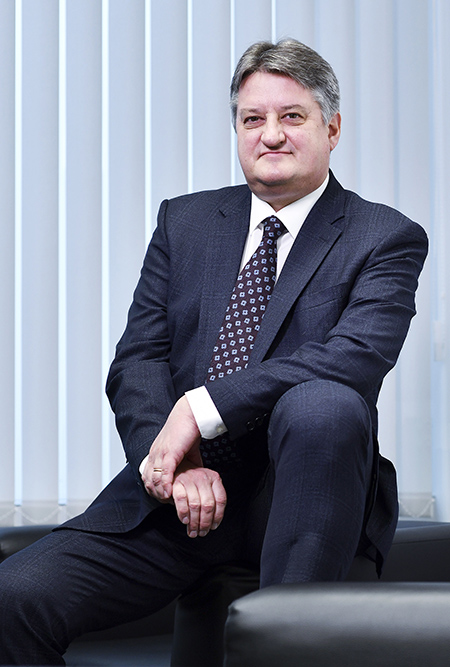 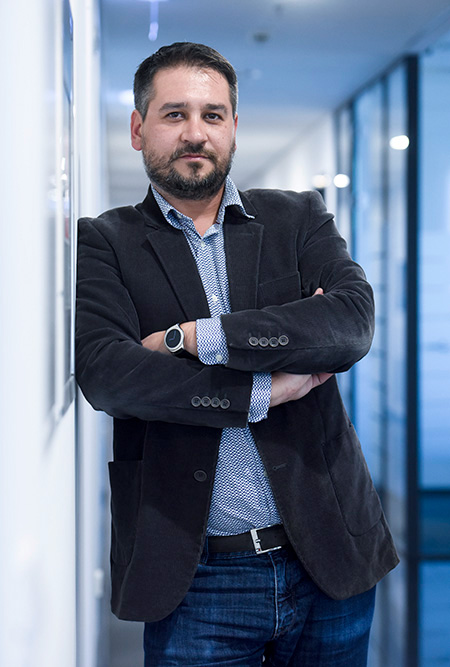 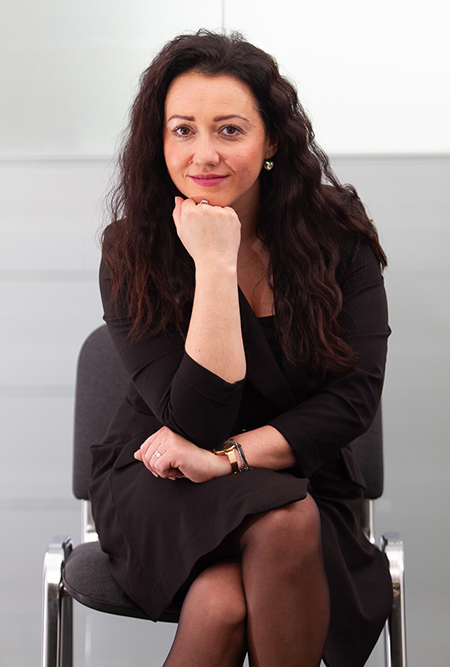 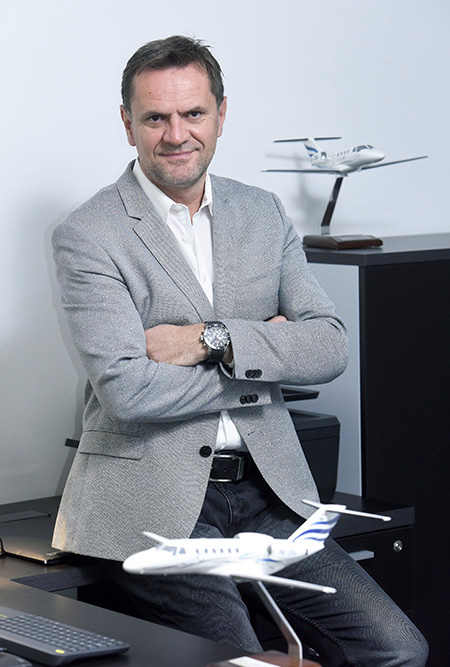 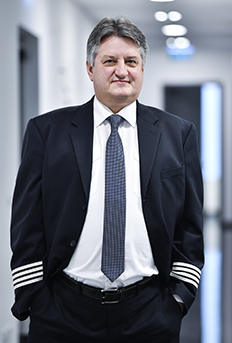 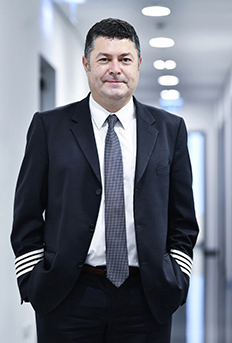 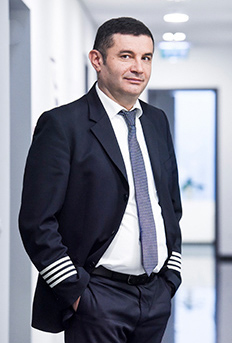 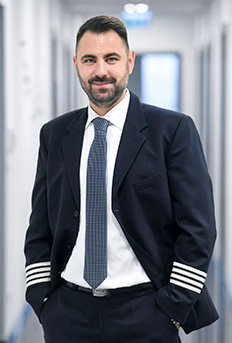 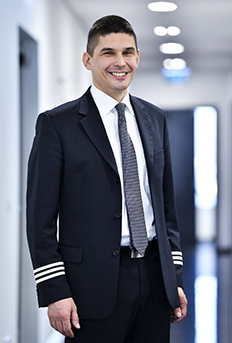 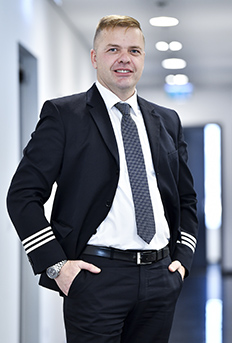 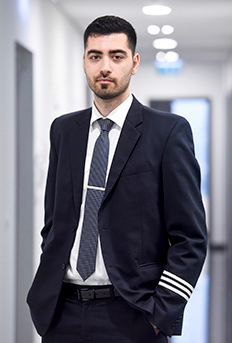 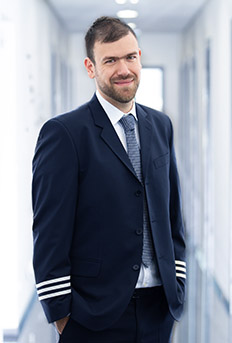 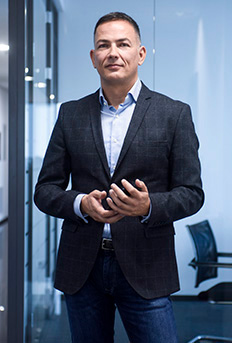 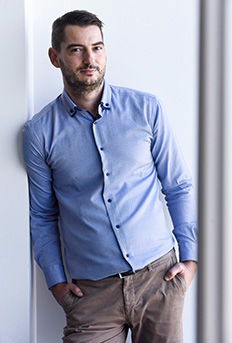 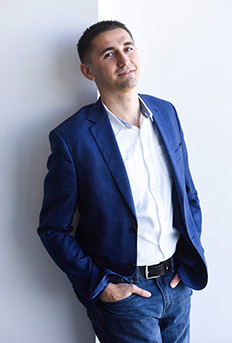 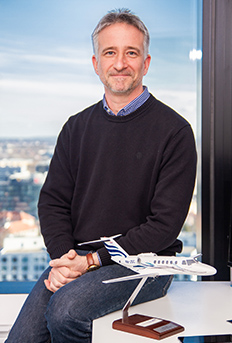 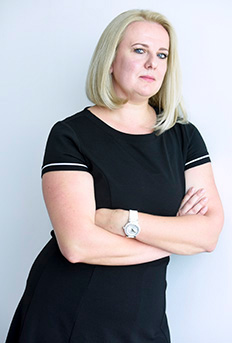 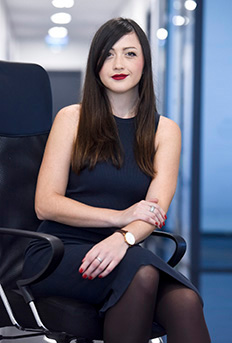 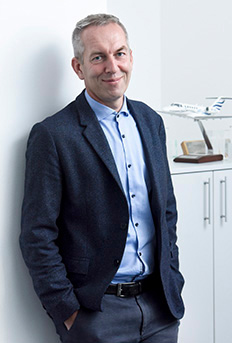 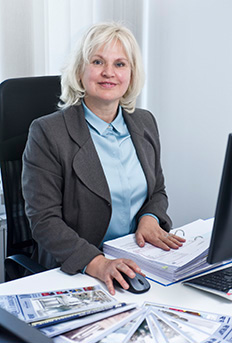 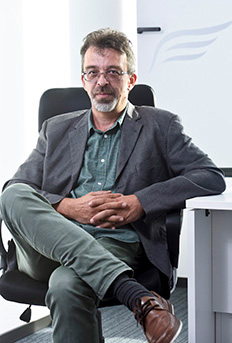 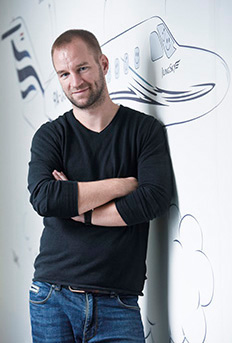 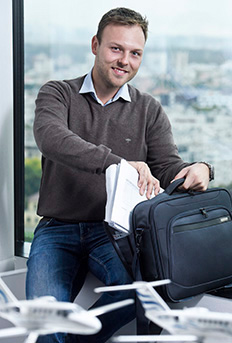 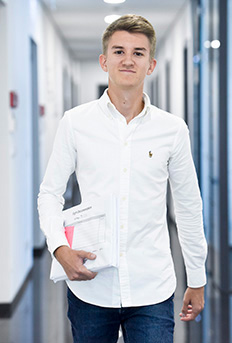 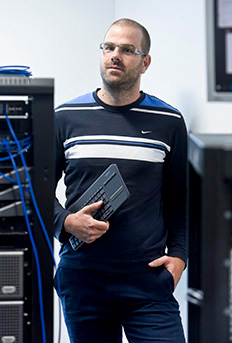